In 1758, at the height of the Seven Years War, the British prepared to launch yet another expedition to attempt to capture or destroy the significant French forts in the Ohio territory. The primary objective was Fort Duquesne, built at the confluence of the Allegheny and Monongahela Rivers; the Fort’s location essentially allowed its owner to control nearly all movement, trade, and settlement in the Ohio country, and controlling the Ohio country was a major British objective and one of the primary causus belli. Previous expeditions had all failed, despite the British being victorious in some battles and them losing some which were not disastrous defeats; a common theme in these failed expeditions was British commanders’ frustration with the slow pace of their army’s movement and the subsequent decisions to leave baggage and artillery behind and continue ahead with the infantry.  The French and allied Native Americans would then ambush these isolated infantry and, the British cut off from their artillery and supply trains, could not remain pushing forward. Travel overland through the thick Ohio country was difficult, but leaving supplies and heavy guns behind would always lead to inevitable failure in terrain owned by the enemy. So, in 1758, General John Forbes set off with his expedition. He made the decision to move deliberately, slowly, with pioneers cutting a new road through the forests and over the Allegheny Mountains. At periodic intervals, he stopped and built fortified stockades and supply depots which he could store more supplies at and have a fall-back point to defend if things turned poor for his troops. It took months, and many of his junior officers and some of his superiors were frustrated with the slow progress. At many points along the way, the British infantry were ambushed by French and Native forces, as they had been in previous expeditions, but this time, the British troops could fall back to the safety of their heavy guns or the new forts, and resupply and receive medical attention. 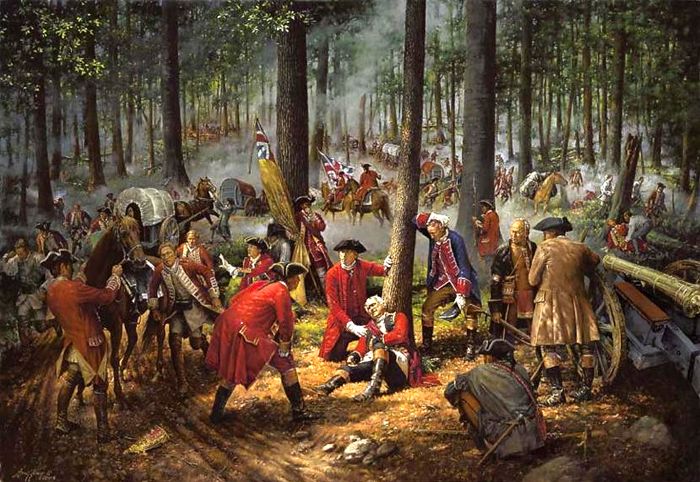 During Forbes’ expedition, he lost every battle he fought, yet he did not change course. He continued his methodical advance. With fall-back points, artillery, and his supply train always close by, Forbes could continue to advance. The French and their Native allies had no answer for this slow-moving juggernaut, for as long as the British had their supply lines open and protected, the French could not stop them. Forbes continued his advance, and the French were forced to systematically destroy each one of the forts in the Ohio valley as the British neared each one in turn. On November 24, 1758, as the British neared within about five miles, the French commander of Fort Dusquesne evacuated his troops and set fire to the fort. The British occupied the smoking remains the next day and began construction on their own fort, Fort Pitt, present day Pittsburgh. General Forbes had lost every tactical encounter with the French, and achieved his strategic objective.

I use that story often in my profession as an Army officer to illustrate the separation between tactics and strategy, and the nebulous middle ground known as “operations.” In simple terms, tactics are the application of maneuver and combat power against an enemy at a set place and time to achieve local success or victory; tactics deals strictly with military units. Strategy, on the other hand, is the plan by which a nation strives to achieve victory over an enemy nation, and encompasses all assets at that nation’s disposal to achieve it; there may be several strategic “objectives” that the nation sets forth in order to bring about their enemy’s defeat. Operations are groupings of many tactical actions which are linked to achieving or helping to achieve a specific strategic objective. If commanders at different levels do not fully understand or communicate the objectives of whatever they are setting out on are, or do not act in accordance with the higher objective, tactical success can be meaningless; “winning the battle, but losing the war.” At the tactical level, the French dominated the British in the Ohio Country during the Seven Years War. They were strategically defeated there. In a more recent example, American forces dominated North Vietnamese Army (NVA) and Viet Cong forces tactically during the Tet Offensive in Vietnam in 1968; the NVA was virtually destroyed as an entity and could not mount major combat operations for years afterwards. However, the Tet Offensive was a public relations disaster for the United States government, who had been assuring the world that the war was well in hand. Despite the overwhelming victory American troops had achieved on the battlefield, the Tet Offensive was a strategic victory for the Vietnamese Communists, who stirred so much unrest in the United States that the US would never be able to recover in their conduct of the war; Tet was the beginning of the end of the US war effort in Vietnam. 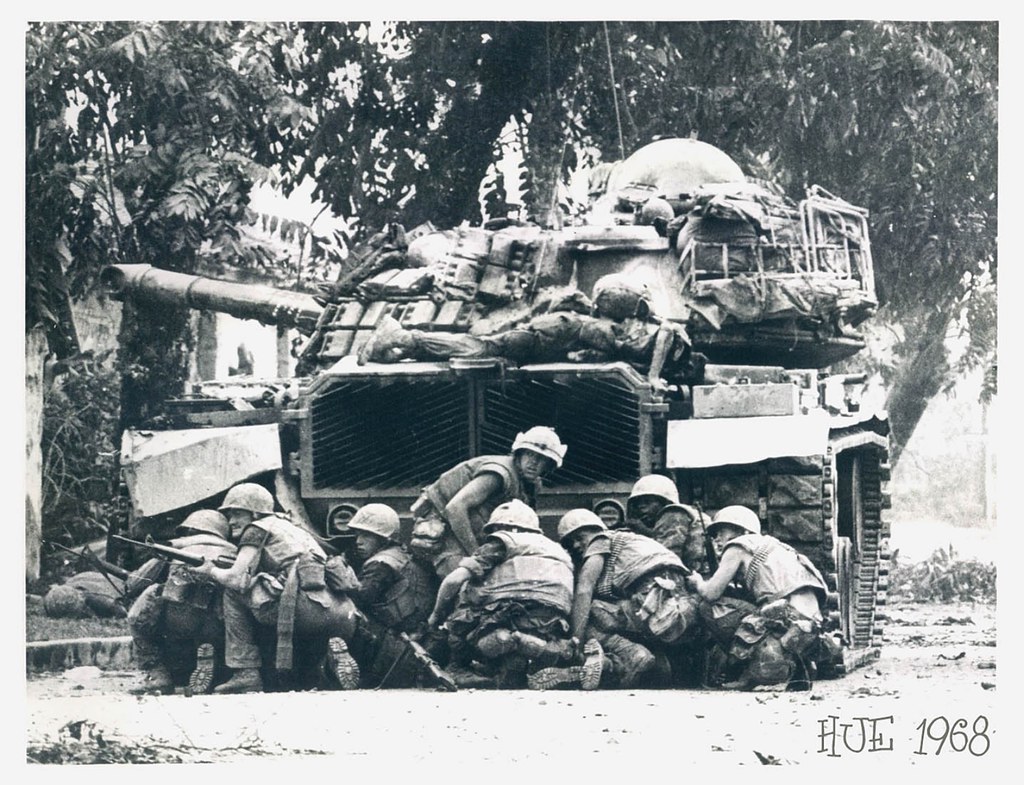 I know you didn’t come here for a history lesson, but if you plan on incorporating war into your campaigns, I believe it is important that you, as a GM or DM, understand the way countries and their armies intend to wage that war. While battles are exciting (as we discussed in Part 2, the next step up is to make sure that the effect of these battles is tied to something in the overall war effort. Battles occur when two armies come together on a battlefield. It’s your job to decide why those two armies came together. What did each country send those armies to do? How does each army fit into its country’s strategic objectives? What are those strategic objectives?

The first thing you should figure out is the strategy of each nation involved in the war. Why did these two countries go to war in the first place? Was it a border or territorial dispute? A trade dispute? A diplomatic insult? Decide the reason for war first, and that may help you determine the strategic goals, but they do not need to be inexorably tied; a causus belli can simply be the way to start a war, with goals that far outweigh the initial offense or objective.  Since I introduced the Seven Years War with my anecdote about John Forbes’ expedition, I will continue with that example. The Seven Years War started as a territorial dispute over the Ohio Country between France and Great Britain. However, William Pitt, the British Prime Minister, made British strategy the complete humiliation and weakening of France, particularly through taking away France’s colonial empire.

Once you figure out the strategy of the nations, decide if there are any sub-tasks that would need to be accomplished to achieve this. There does not have to be, but there may be. For example, since France had overseas colonies in many locations, Britain had many strategic objectives: control the Ohio country, control the Saint Lawrence River and thereby French Canada, control French trading cities and outposts in India, control French trading outposts in Africa. If there are several strategic-level objectives, they can start to inform and determine where the nation will allocate its resources. Some may require more troops than others. Some may require a different approach entirely. For today, to keep things manageable, we will focus only on military assets, though trade, diplomacy, and subterfuge are all additional assets at a nation’s disposal in warfare.

If strategic objectives are identified, you can then have nations send armies on campaigns. These are operational-level maneuvers with a specific strategic goal in mind that they are trying to accomplish. General Forbes’ expedition to capture Fort Dusquesne would grant the British virtual control over the entire Ohio country, achieving a strategic objective. General Amherst led another army in a separate series of campaigns over several years to the north along the Saint Lawrence River which resulted in the capture of Montreal, solidifying British control over the River, and thereby French Canada, and achieving another strategic objective. British troops made amphibious assaults in Africa, capturing Senegal, Goiree, and Gambia from the French. And in India, yet another army under Sir Eyre Coote captured Wandiwash, Pondicherry, Karikal, and Mahe, eliminating French power on the subcontinent. These were all separate armies, with separate commanders, pursuing different strategic objectives. Yet they were all tied to the overall strategic goal of eliminating France’s colonial empire and humiliating them.

Once an army sets out on campaigns, the battles it fights should then be in service to achieving that campaign’s strategic goals. A good commander would not fight the enemy merely for the sake of fighting; he or she would only fight if the battle would further the objective. That is not always going to be the case, but armies, especially in pre-modern settings, are slow and ponderous things to maneuver, and battles were rarer than we probably think. Generals spent a long time maneuvering their armies around the countryside, trying to get them into an advantageous position where they could achieve their objective. When a battle is fought, it should have a purpose for each side, even if that purpose for one side is simply the preservation of the army. The French forced battle on General Forbes many times, to try to force him to withdraw from Ohio and preserve their control; Forbes’s only goal was to preserve his army long enough to reach Dusquesne, and so he conducted his campaign and his battles mostly defensively.

If you are able to have the battles that your players participate in on the tabletop link back to higher-level objectives at the national level, and communicate those effects to them, they will not only understand better what they are fighting for, they will also be more immersed in your world, in the war you’ve introduced, and may even want to get involved in helping to shape the goals and direction of the war.

As always, good luck with your campaigns.