Since I was a kid, the Samurai culture has always intrigued me, as I’m sure it has many of you reading this. A warrior culture, bound by a code of honor, is a classic, idealistic trope that has permeated our modern psyche in many ways and permutations. We see the Samurai themselves presented in many forms of media, and Samurai-inspired cultures crop up in fantasy and science fiction on a regular basis. There is something about them, something I can’t quite put my finger on, that makes them fascinating. Perhaps it is that code of honor, bushido. Perhaps it is how they were expected to be more than just warriors, but poets and courtiers as well. Perhaps it was their elite status as warriors, akin to the knights of Europe but with their own twists on armor, and their legendary katanas.

Whatever the reason, Samurai have a special corner of my brain sectioned off for them, and my interest in them extends to the world of roleplaying as well. The world of Rokugan, setting of the Legend of the Five Rings card game and roleplaying game, is a tremendously well-developed world, full of rich culture, deep backstory, and labyrinthine politics. I’ve run a two-session one-shot, participating in the L5R Fifth Edition playtest, and I had a blast with the mechanics, but sometimes starting an entirely new campaign, or asking players to learn an entirely new game system for a night of a one shot, can be a bit much to ask. Sometimes it is easier to take inspiration from other game settings and things you enjoy, and figure out a way to bring them into your own homebrew campaign setting for the enjoyment of you and your friends.

In my campaign setting, there has always been a land inspired by fantasy Japan. Teikoku, or “the Eastern Empire” as referred to by the ignorant and haughty western lands, is a place I built up in my Dungeons and Dragons 5th Edition homebrew setting, heavily inspired by Japanese culture, Japanese folklore and mythology, and applying fantasy tropes and elements to it. However, I had never built up any of the specific Samurai families or what their purposes were, mainly focusing on the history of the nation and the external politics, how Teikoku interacted with the rest of my world. More recently, I wanted to bring the type of politics and ideas that fictional worlds like Rokugan conjured up in my head and make them fit within the geography, politics, and supernatural elements of my homebrew world. Mainly, that meant fleshing out the major Samurai families of Teikoku. 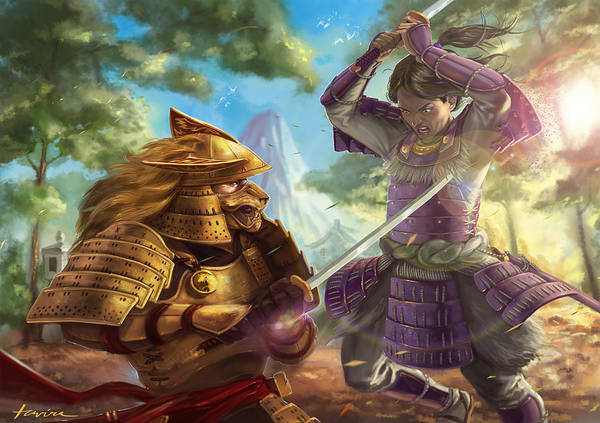 I decided that there would be five major clans serving the Emperor of Teikoku, all taking an animal of significance as the central feature of their clan Mon, or heraldic symbol: the Bear Clan, Fox Clan, Lion Clan, Owl Clan, and Turtle Clan. The Bear Clan, with the bear representing strength and ferocity, would be the main military force of Teikoku, providing the bulk of the Imperial army and its lead strategists. The Fox Clan, foxes representing trickery, would serve as the Imperial spies and ninjas, operating outside the bounds of Bushido and accepting the dishonorable reputation that comes with it, but doing so for the good of the Emperor and the Empire. The Lion Clan, lions representing protection and devotion, serve as the clerics and and religious heads of the Empire, operating the various shrines and performing religious ceremonies. The Owl Clan, with the owl representing wisdom, knowledge, and good fortune, are Teikoku’s diplomats, the most widely-traveled of the clans and famous for their silver tongues and manipulation of the political wind of the Empire. Finally, the Turtle Clan, turtles serving as a representation of resilience and longevity, protect the shores of the Empire and, in particular, serve as the experts at killing and first line of defense against the horrible creatures sent forth by the foul sorcerers of the Empire of Maga Khan across the sea to the east. 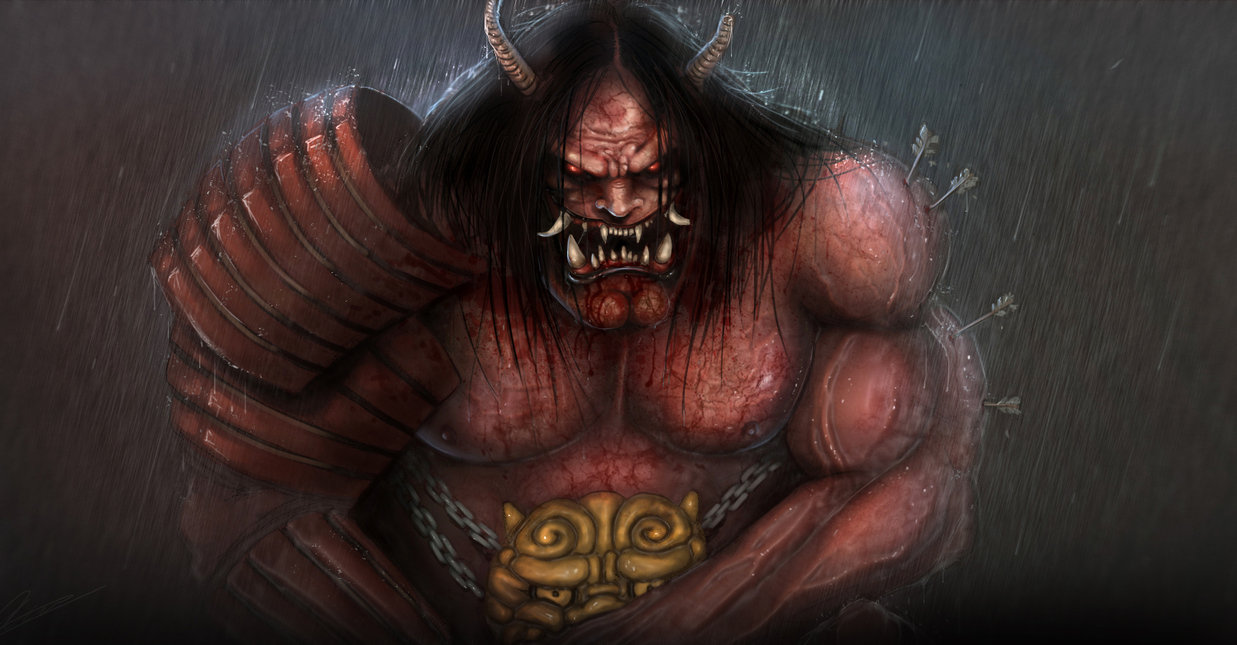 Starting with those central roles of each of the five clans, I then started building subclasses, focusing on the actual samurai serving each of the clans. I decided they would all be Fighter Archetypes. I wanted each to be distinct and really have the flavor stand out of what the clan’s purpose is. Wizards of the Coast published a Samurai archetype in Xanathar’s Guide to Everything, but it is too narrow and generic to work with a nation where the Samurai families each have such different focuses. I developed the five archetypes, then tested and sent them out, asking for feedback, refining them and balancing them where I could. I focused on a specific theme or mechanical crux on which to set the archetype. The Bear Clan Striker becomes a combat beast, able to deal maximum damage and attack extra times each turn as they gain levels. The Fox Clan Deceiver is able to feint and trick their enemies, and turn feigned weakness into strength, able to turn the tables in a battle just when the enemy thinks they have the upper hand. The Lion Clan Keeper is a blessed defender of holy places, with a special penchant for dealing with unworthy creatures such as spirits, undead, fey, aberrations, and fiends. The Owl Clan Yojimbo is an unparalleled one-on-one duelist and bodyguard, able to lock down a single powerful enemy as well as protect those around them. Finally, the Turtle Clan Stalwart is specialized to fight against large monsters and hold the line when all else have fallen or fled.

There is still more to build out in Teikoku, and I’ve written up versions of the Shugenja (elementalist clerics who call upon the kami, or spirits, of the world) and Wu-jen (powerful wizards who seek to increase and improve specific spells through study). which I will be posting in the future. If these archetypes have piqued your interest and you want to use them in your own homebrew, feel free! You can download them from the Dungeon Master’s Guild. It’s pay what you want, so pay if you want to, or download for free to test out and leave any comments, critiques, or constructive criticism, I’ll appreciate it all! You can also follow me on Instagram for regular updates.